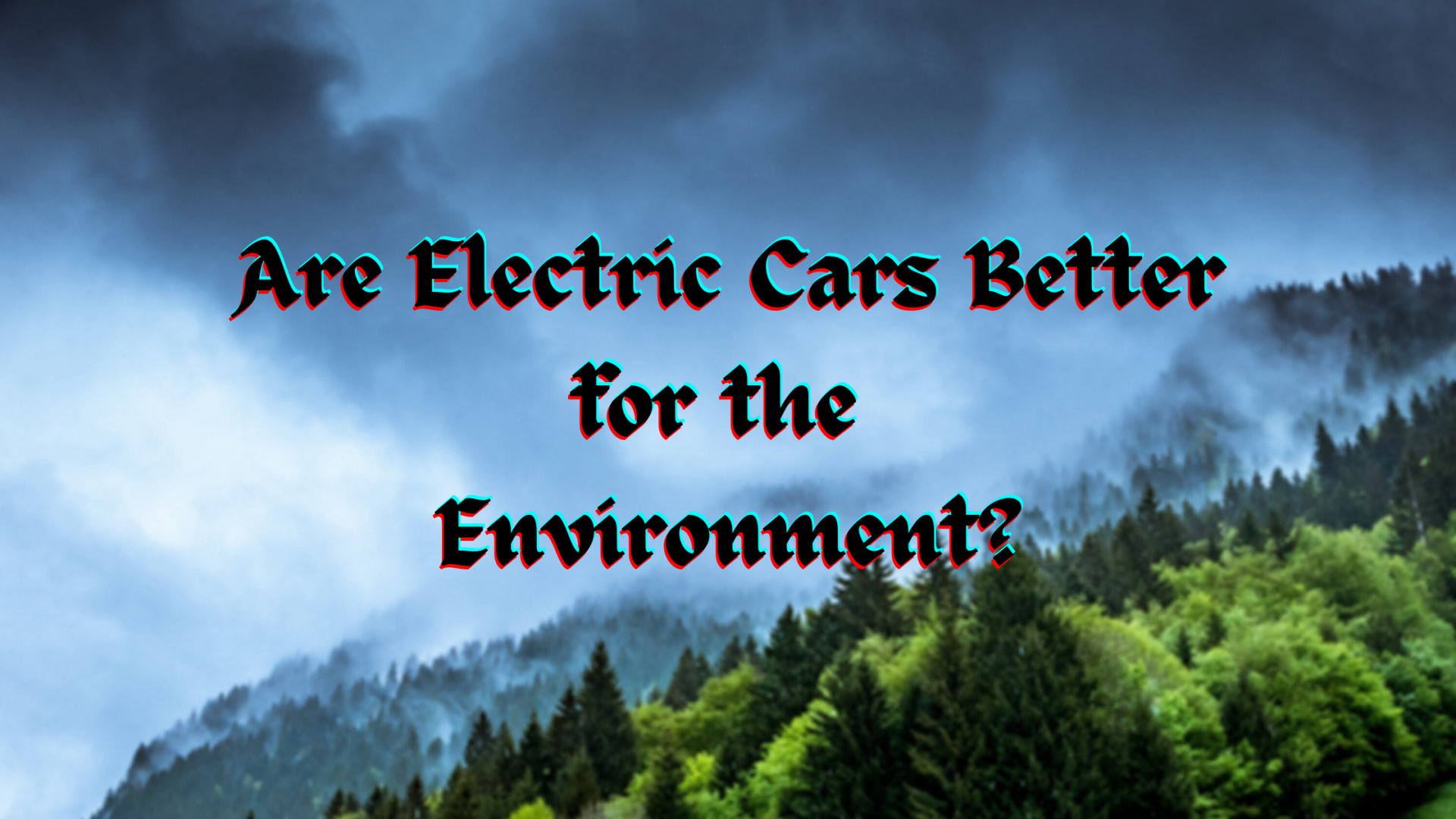 The environment is now a constant subject of talk, and the reasons are humans. We having been taking things for granted and now they are coming to bite us in the back. Just a few decades earlier, we were only focused on moving forward and innovating things to better suit and improve our lifestyles.

Transport is one such field in which we have been innovating for more than 100 years now. We never knew it could cause such disruptions in the environment and now we have to adjust ourselves. We have to accept the fact that gasoline cars are harmful to the environment. This makes them harmful for us, and we have to make changes soon.

One possible solution is moving to electric cars and it will be a solution only if everything is done right. Let’s look at why we are shifting and why electric cars can solve problems caused by conventional cars.

Electric cars are a simple concept. They have electricity stored in their batteries and this electricity powers the motor that run the wheels of the car. It is like a remote-control car just big enough for people to travel in. But gasoline cars are more complicated to run, they have an engine that produces energy by burning fuel, this energy is used to run the vehicle.

The difference in technology is the reason for all the fuss and debates. Since electric cars don’t burn fuel, they don’t emit any gases. On the contrary, traditional gasoline cars still do.

Electric cars have benefits and some of these are why they are the future of the automobile industry. They are:

Greenhouses gases trap heat in the atmosphere and this increases the temperature of our planet. This also affects the climate and hence the names Global Warming and Climate Change. Electric cars are some of the technologies to fight against them.

Disadvantages of E-Cars: Do the Pros Really Make up for the Cons?

The main disadvantage, for now, is that they are costlier than gasoline cars. This makes them a hard sell for customers on a budget. Apart from this, electric cars do cause a certain amount of damage to the environment during their lifetimes.

All this may seem like that electric cars are no better than gasoline cars but that’s not true. The significant damage caused by electric cars is primarily during the initial phase of their lives and this can be changed by adopting cleaner energy sources for both the manufacturing and maintenance of electric cars.

Policies, incentives and regulation have been introduced by the government in the hopes of speeding up the electric vehicle adoption process. Both the state and the federal government have different policies to help this change:

Owners can avail tax credits of $2500-$7,500 for electric vehicles depending on the battery capacity. This was established by The American Recovery and Reinvestment Act of 2009. Converting conventional gasoline-powered vehicles to electric vehicles by retrofitting kits can provide you with up to $4000 for one vehicle.

At least 47 US states including the District of Columbia have set up regulations to promote electric vehicle usage. And 40 of these 47 states provide tax benefits/rebates for purchases if Hybrid/Electric Vehicles. The district of Columbia along with 13 other states are adopting clear air standards similar to the likes of California. This would need automobile manufactures to reduce greenhouse vehicles by 30%. This would help innovation and adoption of electric vehicles.

As of now, these regulations and policies are an urge to make manufacturers and consumers move to electric vehicles as soon as possible. These restrictions make manufacturers sell at least some zero-emission vehicles for them to meet the standards. Policies like giving tax credits are not going to stay on forever as EVs are becoming more cost-competitive. Universal electrification of roads still has a lot of challenges. These include issues like vehicle licensing, taxation, charging standards and management of grid demand.

The Future of Electric Cars

The future is bright for electric cars, with various innovations in battery technology and production of the vehicles. This will bring down the costs further and that is a win for the consumer.

Better production yields and battery technology will help the fight against climate change. Electric cars are slowly going to phase out conventional gasoline-based vehicles. Hybrid vehicles may still be a thing, because of their lower emissions and better fuel efficiency when compared to conventional cars.

The future will make electric cars affordable and more environmentally friendly. They might probably be the only cars running.

For now, there’s still a lot of development and even regulations required. All the players in the industry need to work together. The government, the manufacturers and consumers have to work towards the dream of an electric future come true.

I feel that electric cars make up for their shortcomings, except for in some niche cases like in Poland where the country exclusively depends on fossil fuel energy. I also think that in the future, the current disadvantages will be diminished because of better technologies, production and the shift to cleaner greener energy.

Only time will tell if electric cars are better for the environment, as of now they are good enough to bring about a change but there are a few issues that still have to be addressed and will take time to be implemented.

Till then we can resort to either hybrid cars or start off with an electric car and hope the changes kick in faster than we anticipated.