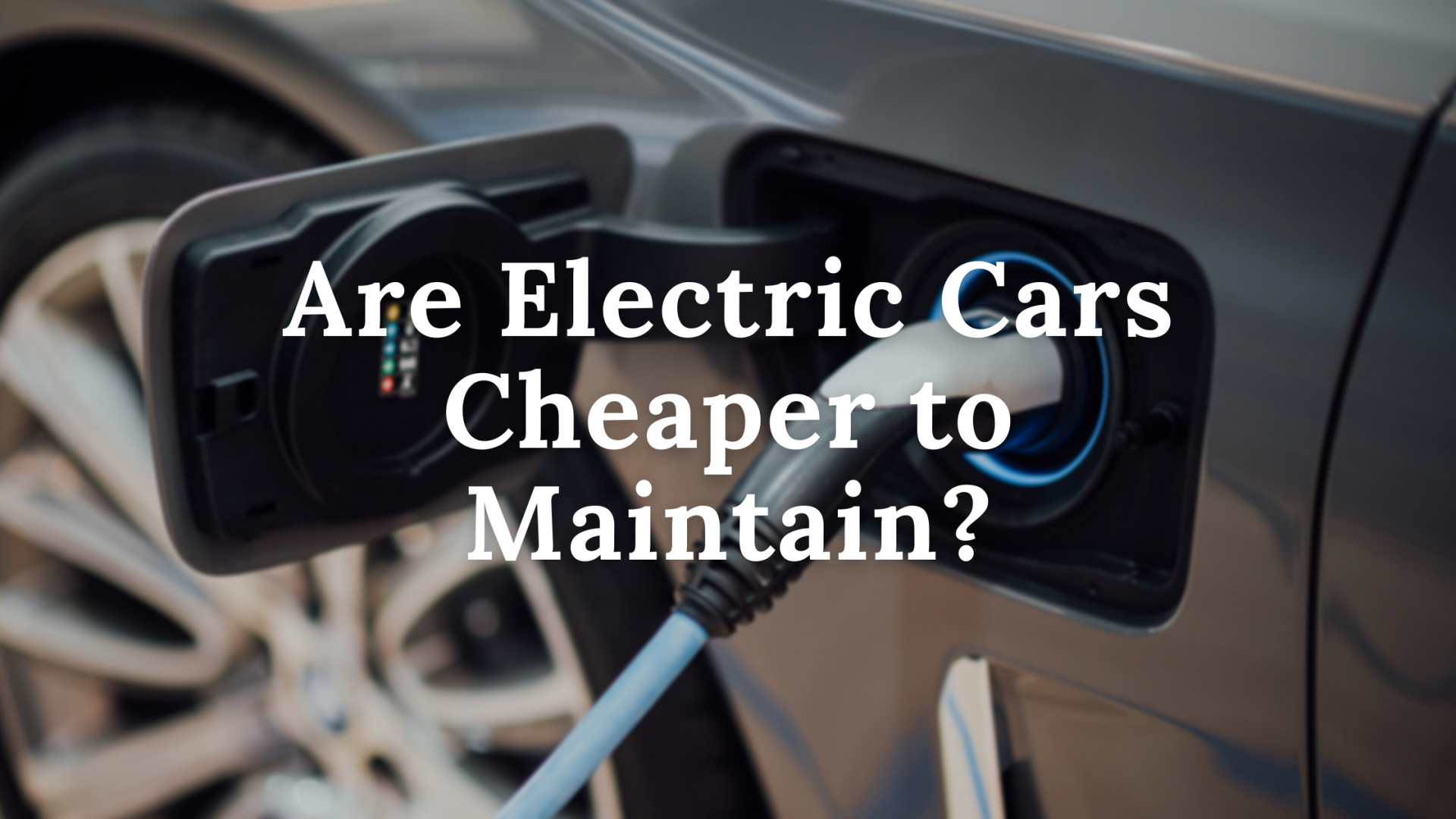 With the world moving to electric cars and with all the promise of electric vehicles saving the world, anyone concerned would surely be tempted to buy in the hopes of bringing a positive change to the environment.

It is certainly up for debate that if they are actually better for the environment or not, but they are surely the future.

So, are electric cars cheaper to maintain?

I will now break it down for you and explain the costs of owning and maintaining an electric car to see if electric cars are in fact cheaper to maintain. My aim is to help you decide if its financially viable, better or worse for you compared to using a gasoline car.

Are Electric Cars Cheaper to Maintain?

As the same with all forms of transportation, electric cars do require their regular maintenance and check-ups. Apart from the service of the car, recharging the batteries that run the car is another investment but it does not mean that as an investment it’s going to cost a lot to maintain an electric car.

Contrary to the belief of many, electric cars are rather cheaper to manage and maintain but are an expensive one-time investment. I am going to dive deep into how much it costs to own, use and maintain an electric car. I will also make a small comparison between the two later.

Let’s cover the upfront buying costs, fuel/electricity cost, and maintenance cost as all these are important factors to be taken into consideration when calculating if electric cars are cheaper to maintain.

The technology is the reason there is a cost difference between electric cars and gasoline cars. We all know how much it costs to use and maintain a gasoline car.

The concept of electric cars is fairly new and we have been seeing them commercially available for a few years now. This makes the cost calculating process different because the technology is different.

Cost of Maintaining an Electric Car

Every car requires a form of maintenance, be it an engine work-up an oil change or just a top-up of fuel. This can result with you spending more than you’d anticipate and is what makes it dicey to own a gasoline car.

Electric cars on the other hand do not require the same type of maintenance that gasoline cars do and the source of fuel to power an electric car is obtained from our electricity grid so it’s cheaper to recharge your electric car than to top it off with fuel.

Here’s the complete break-up of what you’d be paying to maintain an electric car.

Electric cars as I have said earlier is a new technology, they use electricity from their batteries to power their motors.

All this makes electric cars cost more to buy than the average gasoline cars or their respective gasoline counterparts.

So, this shows that electric cars cost more to buy than the average gasoline cars or their respective gasoline counterparts.

Cost of Fuel (In this case, Electricity)

Electric cars run on electricity and need no fuel making them void of fuel charges. This means that during the lifetime, you have to worry only about taking a hit to your electricity bill and spoiler alert it’s not that big of a hit.

To calculate the electricity used and the cost of electricity we need to know the battery rating and range of the vehicle.

Electricity costs vary from region to region and this makes it hard to calculate. But taking an average and working with it gives these costs for 45,000 miles.

This is cheaper than their gasoline counterparts because electricity is cheaper almost everywhere.

Using any vehicle calls for maintenance from time to time. This is because of the moving parts in them and these are subject to wear and tear over time. Electric vehicles have only two moving parts, the motor and the wheels. This makes it easy to maintain them, and there is also no use of oils to help the car run efficiently. The fewer the number of moving parts, the lower the chance of failure of any such parts.

To catalyze the process of electric car adoption, the government offers incentives to owners. This comes as tax credits to the owners.

Electric car owners are titled to $7500 in tax credits and this reduces the total cost by $7500 which is not a small amount.

Electric cars are cheaper over time in some cases and in some they are not, it all comes down to the model and region. For now, gasoline vehicles are generally the cheaper of the two. This is due to the mature manufacturing process and the battery found in electric cars. When it comes to running and maintaining, electric cars trump gasoline cars. It is because electricity is cheaper and electric cars require less maintenance.

While they are little on the costlier side of things now, the fact that they are environmentally friendly cannot be ignored. It is a small price to pay if you are concerned about the environment. Buying a gasoline car is sensible for now if the cost is of utmost importance, but this can change soon in the near future.

What Inspired India to move towards EVs 2021