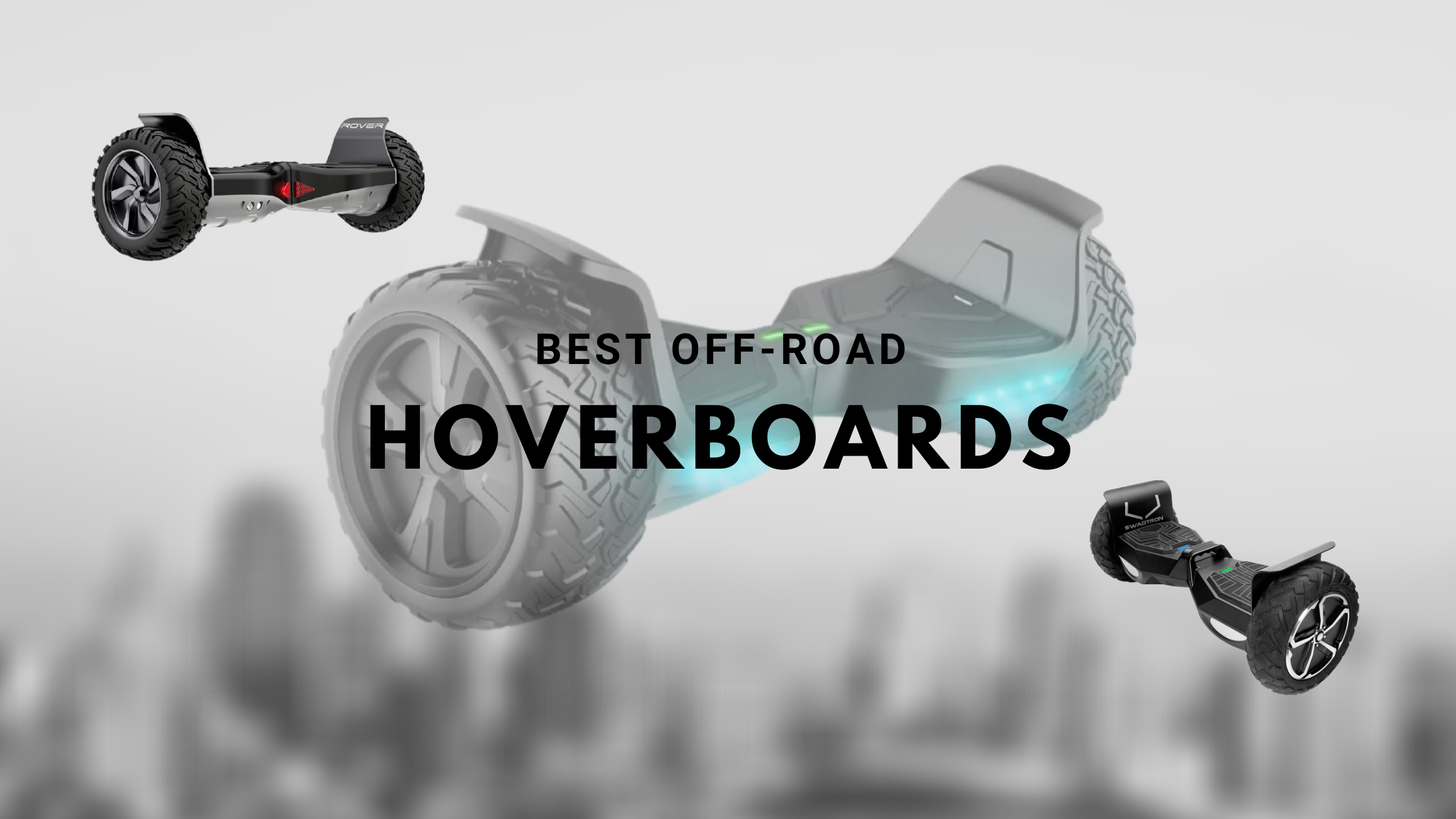 Hoverboards are one of my favorite ways to move around. They are quick, nimble, and extremely fun. They make getting around a joy, compared to the experience from a bus or car stuck in traffic.

Daily commute or not, you can use hover-boards for fun and enjoy them on your weekends to wind down.

As hover-boards become more popular, manufacturers continue to innovate on them to give you the best experience. I have come up with a list of the best hover-boards for off-roading which are also great for daily use.

These are some of the quickest, well built, balanced, feature-rich hover-boards with longest ranges. And also, they are all made to conquer any terrain you throw at them, making them the best hover-boards you can buy for off road navigation.

Hoverboards are quick and fun to ride simply because it uses your body balance to move forward or reverse. These are great modes of commute, especially for short distances and for adults and teens alike.

Let’s get into the best Off-Road Hoverboards that are available online.

The Swagtron Swagboard should be on top of your list if you are looking for a hover-board. What makes it a great off road hover-board is its build quality. With a capacity of 380 pounds, it can carry heavier riders with ease. This is a great advantage as it is double the capacity of most self-balancing hover-boards in the market.

The Swagboard Outlaw T6 also features 10-inch wheels compared to most of its competitor’s 8.5-inch wheels. This makes the T6 easy to handle and control on different terrains. You can pretty much ride it anywhere, thanks to its strong build, big wheels and weather-resistant design.

The T6’s lithium-ion battery and dual 300W motors make it fast and give you a long-range on a single charge, even though its durability and size might make you think otherwise.

It features other technologies like Bluetooth connection to your phone and you can use a companion app for the T6. The app gives you details like speed, distance, and battery level.

The Halo Rover X made huge waves in the hover-board market for its claims from the manufacturers. It was touted to be built so well that manufacturers claimed the frame and tires are indestructible.

Under any condition or amount of use, you won’t be able to damage the Halo Rover X.  This created a lot of buzz and hype around the product. And as far as I know, the manufacturers have delivered on their claims.

Apart from the stellar build quality, the Halo Rover also features two powerful 400W motors that can help it reach top speeds of 12 mph. It is also equipped with a battery that can make it run for 12 miles on a single charge.

The 8.5-inch wheels can handle inclines of 20 degrees on harsh conditions and terrains like mud, snow and sand.  The Halo Rover X doesn’t lack in terms of technology either. It comes with Bluetooth connectivity to pair with your phone or other smart devices.

It comes with a companion app that provides GPS navigation, speed and distance tracking, and battery management. The hover-board also features a training mode to help you get started.

The Tomoloo Eagle V2 are one of my favorite hover-boards and it not just because of the features, it is primarily due to the price. They offer all the bells and whistles of other hover-boards on this list but at a lower price, which makes them a steal. They are the successors to Tomoloo Eagle V1, which were great hover-boards in their own right and this makes the V2’s better.

The Eagle V2 feature dual 350W motors to ride at up to 12 mph. The equally powerful battery gives a range of 12 miles. This puts the V2’s in the top tier of hover-boards for range and speed. They also feature 8.5-inch wheels which are advertised to never go flat or require maintenance, which is a bold claim.

The Tomoloo Eagle V2 like most other hover-board comes with a companion app from Tomoloo. The app has some neat features like GPS, battery and speed tracking and an automatic on/off feature.

The V1’s had some battery issues and so Tomoloo went a step further and developed fir-retardant battery design for the safety of its users. The batteries are now developed by Samsung so problems are very unlikely now

Epikgo Premier hover-board is another hyped hover-board, because of the companies roots in Silicon Valley. It is one of the well-reviewed hover-boards in the market and rightly so.

It features powerful 400W motors translate to a top speed of 12 mph and all-terrain capabilities. The Epikgo Premier’s can also climb slopes of 18 degrees inclination easily.

The Epikgo Premier’s are water and dust resistant and are built specifically for off road use.  Tested to run on grass, sand, and mud with ease. The 8.5-inch alloy wheels with self-balancing technology can handle any condition and terrain you throw at it.

The Gyroor Warrior is a hover-board built for All-terrain traversing, even though the 8.5-inch wheels are standard size. I like the design of the Gyroor Warrior. They are powerful and feature a nice kick when starting yet balanced very well.

The Gyroor Warriors features an aggressive tread pattern on its wheels and this makes the Warrior tread through harsh terrain easily. The warrior can be a bit heavy at 33 pounds, but with a nice hover-board bag, you can carry it easily when not in use.

The warrior also has speakers and Bluetooth connectivity. You can play music on it from your phone using Bluetooth. The Gyroor Warrior also has a kid’s mode and an adult mode to suit the rider better.

The FutureSaw Pro Edition hoverboard is one of the best hoverboards built for long off-roading rides. What i like most is the durability of this hoverboard and the fact that it comes with an exceptional battery allowing you to use it for over 5-6 hours on a single 1 hour charge.

It runs on dual 350W motors that allow the board to travel at an inclination of 30 degrees. It’s lightweight and has a top speed of 7 miles per hour. You can even go out for night rides thanks to the LED lighting which provides you with clear visibility of up to 7 feet ahead of you.

Considered to be a brilliant all-terrain hoverboard, the FutureSaw Pro is actually taller than other models from StreetSaw as it comes with 8″ tires which means that on the FutureSaw Pro you’re able to climb steep hills faster than you would on smaller tires.

Unfortunately, since the FutureSaw Pro is not available on Amazon, you will have to check their main site out to pick one up for yourself.

What you should look for in off road hover-boards?

If you are on the market looking for hover-boards, these are some of the best hover-boards you can get based on features.

These hover-boards are built like tanks and can last and serve you well for a long time. All of them can be used in different terrains weather conditions. They also have good range and speed for that extra fun factor.

You can go wrong with any of the above hover-boards for daily use or rugged use, they are all amazing for their price. Get the one that suits your budget and have fun hover-boarding. 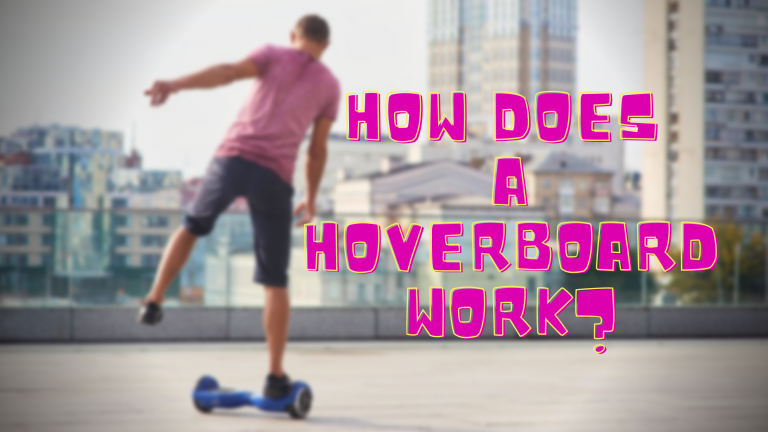 When you hear the word “Hoverboard”, do you get nostalgic and think about the one used in the “Back to the Future” movie franchise? Though the hoverboard depicted in the movies can levitate, we haven’t been able to witness it in real life just yet.  Rather, what we have are self-balancing scooters (considered as hoverboards)….