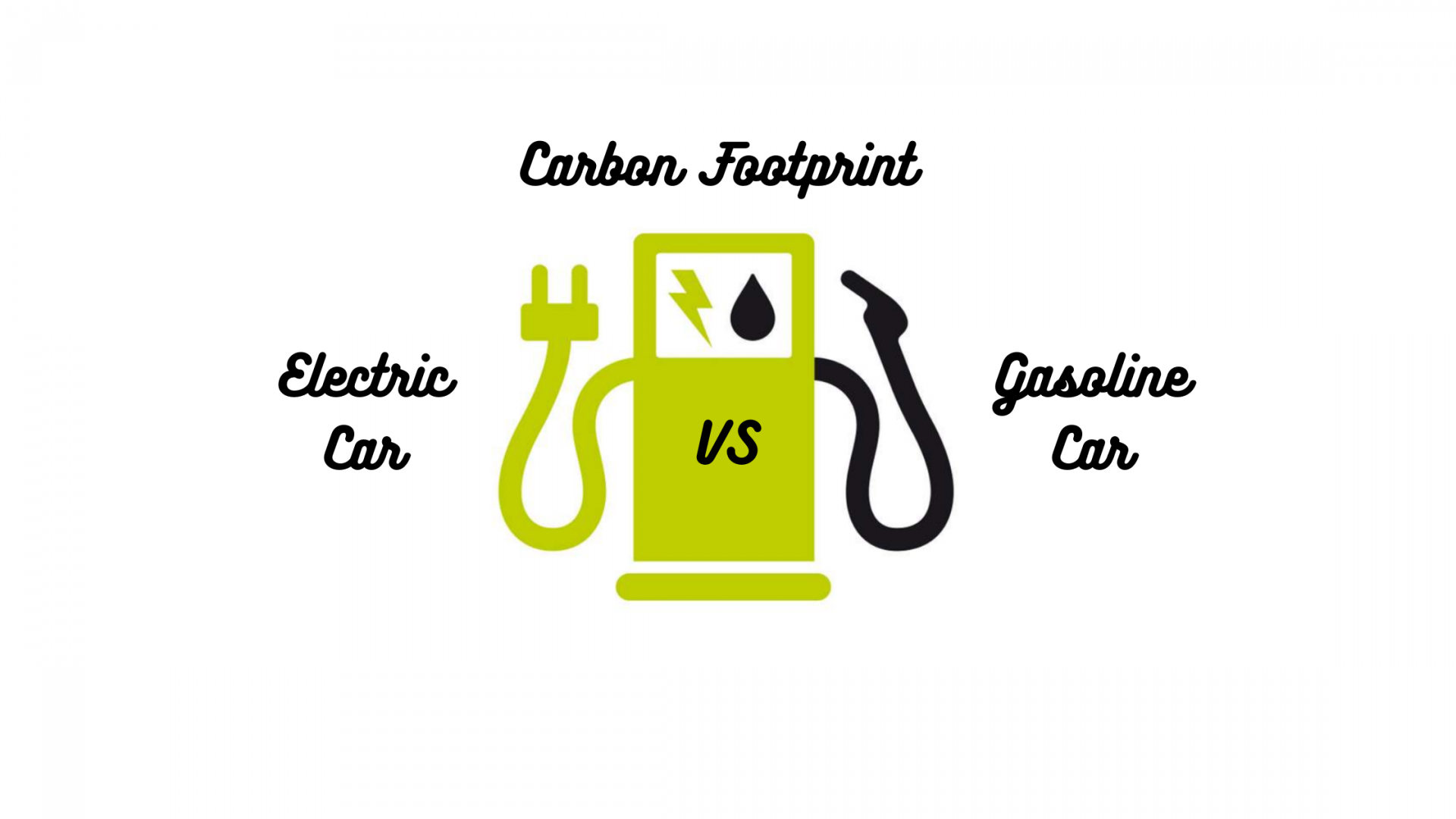 Humans have been so focused on moving forward, we have forgotten to look back at all the destruction we have done. Global Warming is one of the biggest foes we have created that threatens us. The main cause, excessive Greenhouse gas emission.

The buzz around electric cars is that they have a lower carbon footprint since they are zero-emission vehicles. This means that they are environmentally better suited than traditional gasoline-driven cars. Nothing is as simple as that though since different factors affect carbon footprint.

The main question at hand is, which has a lower carbon footprint, Electric Cars or Gasoline Cars?

Electric cars have lower emissions and during their entire life cycle they leave behind a lower carbon footprint per car on the road. Though they have pretty much the same manufacturing process as gasoline cars, they use an alternate source of fuel, they use recyclable batteries which can be re-used a number of times and they don’t release harmful CO2 when in use. Stats show that driving an electric car yields more miles per gallon than gasoline cars at an estimated increase of 73 mpg for electric cars.

To understand, we need to know:

With the technology of electric cars still in its infancy, I figured it would be useful to you if I break down the differences between Electric Cars and Gasoline cars in terms of their carbon footprint and emissions released by them. This will help you decide on whether you should go in for an Electric car or one of the Gasoline cars.

What is Carbon Footprint?

Carbon footprint is the total amount of greenhouse gases released by an individual, a product, an organization or a country.

Almost everything we do is directly related to the emission of greenhouse gases. And one of the most significant sources of greenhouse gases is the use of automobiles. Conventional vehicles burn fuel to produce energy which makes the vehicle run. This process has disadvantages because of emissions from the tailpipe.

These emissions are mainly greenhouse gases and pollutants. They increase the carbon footprint, pollute the air and trap heat resulting in global warming. And this is just the emission from the engine of the car and we have to consider the production of a car.

In the case of electric cars, they run on electricity, this allows them to run clean and emission-free. But manufacturing them requires energy, so this also comes under their carbon footprint. Then the electricity used to run them is not always clean and increases carbon footprint. Burning of fossil fuels is a significant source of energy.

So electric cars running on their energy are the cause of these emissions. In countries which are mostly powered by clean renewable energy, electric cars are the obvious choice.

From their birth (production) to their death (recycling), cars cause emissions all through their lifetime. So, let us take a deeper dive:

One might think that since electric and gasoline cars look similar in size, they require the same amount of energy to be built. But it is not the case since the engines and batteries are vastly different. Different manufacturing processes and the energy required to produce, vary a lot.

Since electric car batteries are the outliers, companies are doing their best to get them at a lower carbon footprint. Volkswagen and LG Chem (supplier of batteries for Volkswagen) have an agreement, that the latter should only produce batteries from environmentally friendly sources. Tesla intends its production unit in Nevada to run on renewable sources of energy in the future.

Tesla and BMW are active in battery recycling programs. This helps in the reduction of carbon footprint. And finally increasing energy density of these batteries could reduce emissions by 49% reported by The International Council on Clean Transportation (ICCT).

Electrics cars are regularly charged to run, and this requires electricity. Electricity production is a cause of emission depending on the way its obtained. This makes an electric car responsible for the carbon footprint of the source of electricity.

Since countries are moving towards cleaner forms of energy production. Extracting fuel requires energy and increases the carbon footprint of gasoline cars.

Electric cars produce zero-emission to run since they don’t burn any fuel. In this regard, there’s no competition at all.

This was an increase from 2017’s estimate of 73 mpg for electric cars. The reason being the move renewable sources of energy in the US.

This makes them better than the batteries found in their counterparts.

Electric cars lose out on gasoline-powered cars only when it comes to the production of the vehicles. But, considering all factors, electric cars produce lower emissions over their lifetime.

In conclusion, Electric cars are more efficient and have lower carbon footprint in 95% of the world.

This paints a picture that the emissions from electric cars are directly related to the energy source itself. With countries moving to cleaner sources of energy, the carbon footprint of electric cars is only going to reduce.

How Much CO2 Do Electric Cars Produce 2021