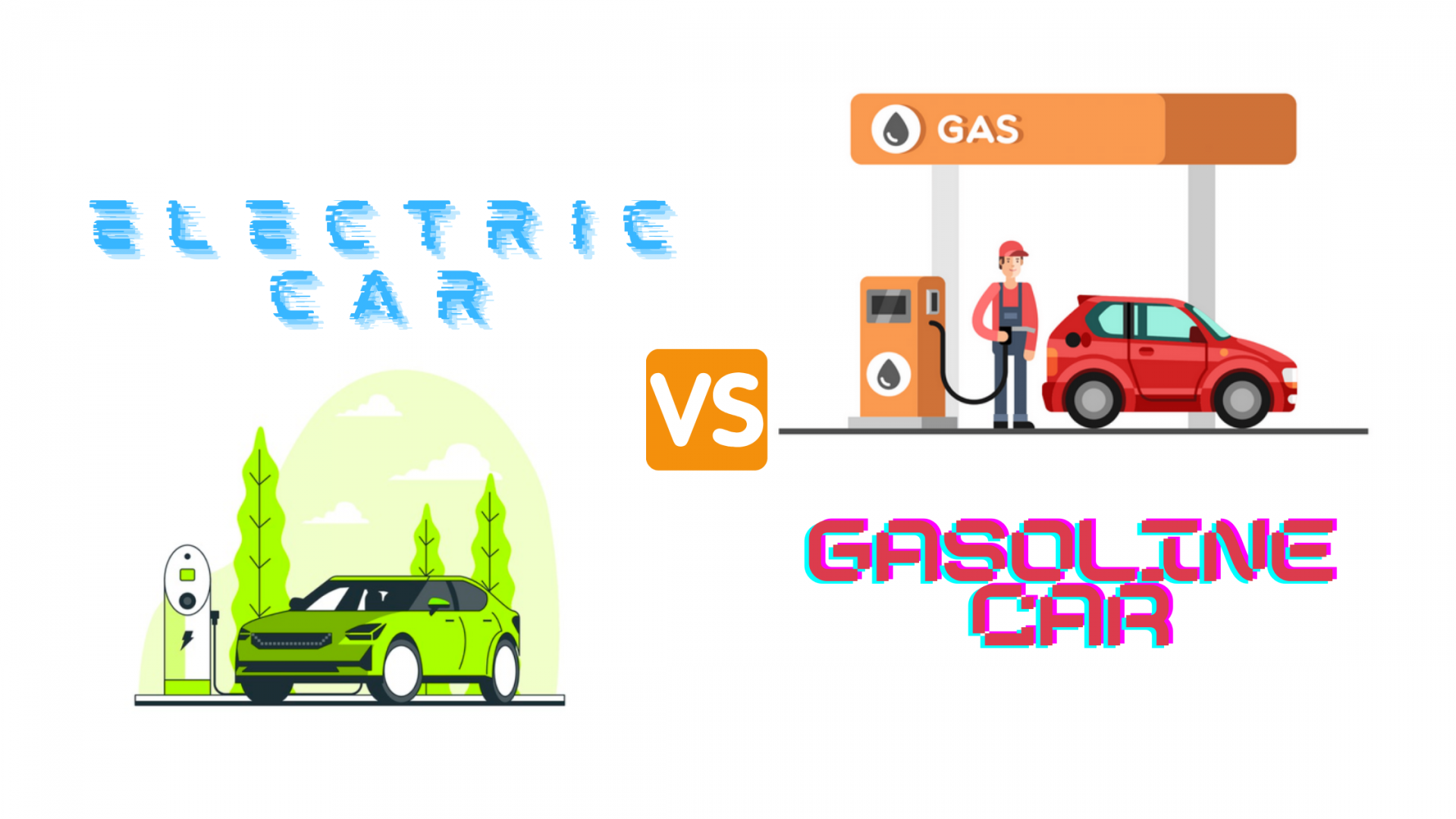 The raging debate between electric cars and gas cars goes on and on. The reason it’s raging on is that there is no definite answer to them at least for now. At least in the current state of the things.

Electric cars are “The Future” and rightly so because they of the initial promise. But they are still improving and innovating on the technology. But just because something will be better or the best in the future one shouldn’t jump on the bandwagon now.

In fact, we have to know the ins and out of the subject at hand. Making an educated decision is always better than walking in blind. To help you decide, I am going to compare electric and gas cars on various topics they are generally pitted against. There are lots of comparisons drawn between the two automobile technologies.

Let’s take a look at the differences we’ll be covering to determine whether it’s better to opt for an Electric Car or a Gasoline Car:

There are a significant number of difference between electric cars and gas cars right from what powers them to their impact on the environment. Both are designed to look alike but would not perform the same way.

Let’s get into the major differences between Electric cars and Gas powered cars to see which one is better and the most ideal to use.

Electric cars run on electricity, that is they use the charge in their batteries and use it to run the motors. This gives them a huge advantage when it comes to emission of greenhouse gases as there is no fuel being burnt.

Gas cars run on fuel (petrol or diesel); they work by burning the fuel in a combustion engine. This process produces energy to move cars. The energy generated during combustion powers the vehicle.

The side effect being, burning of fuel emits greenhouse gases and these gases are harmful to the environment. These gases cause global warming because they trap heat.

The Cost Difference between Electric Cars and Gasoline Cars

Electric cars are relatively a new product to the market, this makes them a little expensive.

For example, a Hyundai Kona costs $21,440 for the gasoline version whereas the Hyundai Kona electric costs $38,330. This puts the electric cars at a disadvantage, but it’s a small price to pay for innovation and new class product.

Fuel or electricity charges that are the cost required to drive the cars. Let’s take both versions of the Hyundai Kona again

As of February last year, the average fuel cost was $2.44 per gallon. For 45,000 miles this adds up to $3623. Electricity prices are all over the place depending on the region. But after taking everything into consideration, it would cost $1723 for the electric Kona to travel 45,000 miles.

Owners of electric cars receive tax credits of $7,500 bringing down the overall cost of driving one. By this comparison, the Hyundai Kona costs $39,817 over a three-year period. While the Hyundai Kona electric costs $47,811 including the tax credit. When a similar comparison is drawn between Mini Hardtop(fuel) and Mini Electric, the cost for Three-year period $41,454 and $41,812 respectively.

Electric cars also have incentives like free maintenance from the manufactures for 3-years.

In the end, electric cars end up costing more than their fuel-powered counterparts over a 3-year period.

This is probably the most debated topic revolving around electric and gasoline cars. Because measuring the environmental impacts of a product is not easy to determine. The carbon footprint of a product is a reliable way to find the environmental impact when taking all the factors into consideration. And in the case of cars, we have to take all the possible sources of pollution over their lifetime. This includes production when they are running and after their lifetime when they are sent to recycling.

A car can be either faster or quicker. Quicker is how fast the car reaches a higher speed that is its acceleration. For example, if the time taken for a car to go from 0-60 miles per hour is lower, then the quicker it is. A car is faster when it can reach high speeds and sustain it. So, a faster car is one with a higher miles per hour value.

For now, electric cars are quicker than gasoline cars but apart from a drag race, a gas car will always beat an electric car in a race.

Fuel and Energy required to run Electric and Gas Cars

The efficiency of a car can be determined from the type of fuel it runs on.

As these are different methods used to run, we can only use cost as a measurement scale. And as per the above cost analysis, electric cars are cheaper to drive. For any customer, this makes them more efficient to ride compared to a gas car.

The automobile industry is changing and it’s changing fast, since the first engine to just a few years back, automobiles were all running on gas. Now we have competition in the automobile space. Gas-powered vehicles are not the only ones in the market anymore. Electric cars are threatening to gain the market share, possibly dominate it. Electric cars are the future, it is inevitable and they will slowly replace gas cars.

For now, you can or cannot go wrong with both. From a consumer standpoint, electric cars generally tend to be the costlier option. But if the environment is a concern for you, jumping on to the electric car bandwagon might just be the right thing for you. Not everyone can invest more because it’s safer for the environment because that’s not how the world works.

Unless costs reduce, and accessibility to electric cars increase, electrics cars will always be a thing of the future. To make then the present, innovation and time is required for which we don’t have any shortage. They are undoubtedly “The Future” of transportation.

What to Look for in an Electric Bike 2021