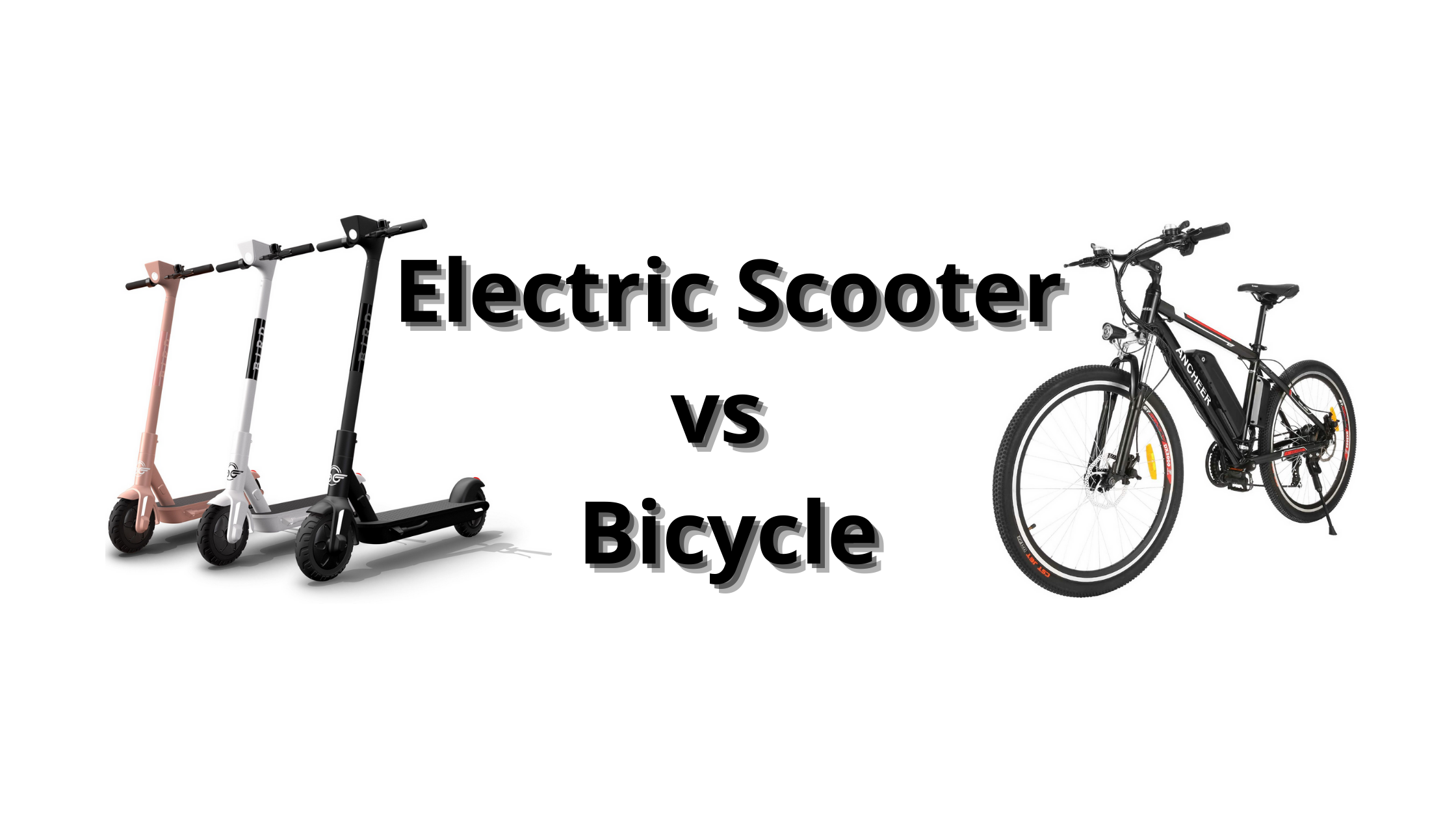 In a world where many are concerned if they are doing the right thing to save the environment from global warming. Electric vehicles sure do look very compelling and recently electric scooters and bicycles are increasing in popularity, the reason being they are quick, fun, easy and convenient to ride.

If you are thinking of picking either if the one but are confused, you are at the right place. I will take you through the comparison between Electric Scooters and Bicycles to see which one is a better mode of transportation.

This should hopefully help you decide on whether you should opt for an Electric Scooter or a Bicycle this year!

So without further adieu, let’s get into the comparison between Electric Scooters and Bicycles to ultimately see which one is a better option.

Remember, they are amazing travel companions in their own regard so read on to find out what’s right for you.

There are two ways you can use an electric scooter or bicycle, either by buying one of them or using a bicycle share or scooter share service.

When buying either one of them, it’s hard to compare because the prices of both starts from a few hundred dollars and can even go up to a few thousand dollars. Regardless you’ll be getting what you pay for, both have good models to offer at reasonable prices.

READ ALSO  How Fast Can a 50cc Scooter Go?

If you are planning on using sharing services, prices can be all over the place, as they keep changing every now and then. But on average scooter sharing services are costlier than bicycle-sharing services. There is one exception though when riding for short distances scooter-share apps are cheaper.

Scooters have small tires and poor suspension systems, which make them bumpy to ride on. Depending on the terrain online scooters can vary from comfortable to extremely uncomfortable to ride on. You can feel the bumps through your spine, even to your hands. With the small wheels on an electric scooter, there is the risk of tipping over because of the potholes.

Bicycles on the other hand have bigger wheels and better suspension, which makes them comfortable to ride on rough terrains. Even poorly made bicycles, without good suspension systems are more comfortable to ride than scooters. Also, you can sit on a bicycle which is always better than standing.

Stability is clearly a plus point for bicycles. They are bigger, have better ergonomics, and the amount of control you have over them is far more than what you have over an electric scooter. The bigger wheels again help with stability as pothole or bumps won’t throw you off.

It is also easier to handle a bicycle at higher speeds compared to scooters.

Verdict: Bicycles are more stable to handle and ride

This is a no brainer and electric scooters trump electric bicycles in this regard.

While an bicycle is easy to store, it’s not so portable. You can fold electric scooters and carry them with you in between longer commutes on a bus a or train. This makes electric scooters very potable, you can also store them in small spaces, like in a locker or under a desk at your workplace.

READ ALSO  How to Charge an Electric Scooter

Electric scooters also weigh less, making them easy to carry around. In the case of a repair, or a flat tire, it can be frustrating to push around the bike to a repair center. You can just fold and carry your electric scooter if you’re faced with such a situation.

Verdict: Electric Scooters are portable; Bicycles are not.

The small size of electric scooters is a disadvantage to them when it comes to carrying things on them.

Bicycles are very efficient in this regard as you can carry a lot of stuff on them without affecting your balance. Bicycles also come with the option of having storage compartments like baskets for easy carrying of your things.

You can always hang stuff from the handles of the scooter but you’ll have to balance both sides so it doesn’t become an inconvenience.

Verdict: Electric Scooters can be stored easily anywhere in the house

Scooters are also more convenient for shorter people. This may be a factor overlooked by many, but when buying or using something, it is best to make sure that you feel most comfortable with the product.

Verdict: Electric Scooters are easier to use than Bicycles

Easy to pick one here, it’s always the bicycle. Electric scooters have decent range nowadays but they are still lower compared to bicycles. This is because bicycles are designed to cover larger distances.

Electric scooters are designed to be lightweight and portable, and so they have smaller batteries. Another advantage of bicycles over scooters is that they have the option to run by pedaling. So, in the case of longer trips, you can just pedal if you run out of battery.

READ ALSO  Which Electric Tricycle is worth to buy

This greater range of options makes the electric bicycle a better companion over a long distance. While you can push your electric scooter around, you’ll be either embarrassed or burnt out in a few minutes because it’s hard.

Both electric bicycles and scooters can hit decent speeds, but because of rules and laws, they have a speed limits. They are capped at 20mph mostly, and this is fine for the general commute but if you are in a hurry you can’t go as fast as you want.

Bicycles are also generally the faster of the two or at least have a higher speed limit. High-end scooters can run faster than 30 mph, and some powerful bicycles can go up to 50 mph. But safety and traffic regulations don’t allow you to do so.

Electric scooters have safety concerns in the sense, they are not as stable as bicycles, or comfortable enough to ride. This can be a problem as you can fall off easily or have a higher chance of having an accident. But they are also easy to get off, if you are in the course for a crash or collision, you can just get off the scooter easily and save yourself from getting hurt.

In the case of electric bicycles, it may be hard to get off it but the risk of having an accident is lower compared to scooters. So, pick your poison I guess, in the end, it all depends on how well you ride them.

Both of them are easy to maintain but electric scooters have the edge here. This is because they are simpler and have few moving parts. In the case of a repair, bicycles will probably end up causing more because of their comparatively complex mechanisms.

Bicycles also have pneumatic tires, which can go flat if you ride over something sharp. Electric scooters are moving away from pneumatic tires for durability.

Both are excellent choices to use a vehicle to transport you in and around the city you live in. They both have certain advantages and disadvantages over the other. It all boils down to what you want and use them for.

If you are planning to go longer distances frequently, an electric bicycle is the better option. Electric bicycles offer better traveling options and features over a scooter. They have different modes, storage space and better riding experience. Electric scooters on the other hand are all about the convenience, they are good for short distances, portable, quick, and easy to use.

So, depending on your use case and needs, you can choose either one and if you have got the moolah, you can have both. They are both amazing vehicles to use and travel on. You have to choose the right one for you from the above comparison. 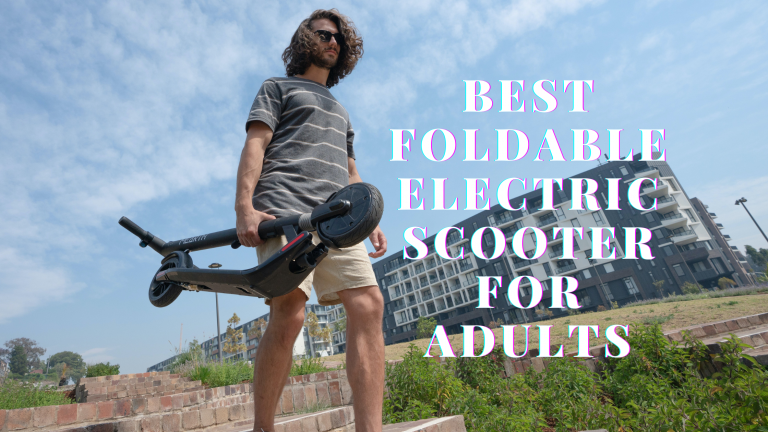 Folding electric scooters are what’s on everyone’s mind nowadays, with numerous variations to choose from, picking one to suit your needs is sort of difficult.  Riding an electric scooter is by far the most freeing feeling you can experience as you are provided with a number of opportunities to travel at high speeds and defy… 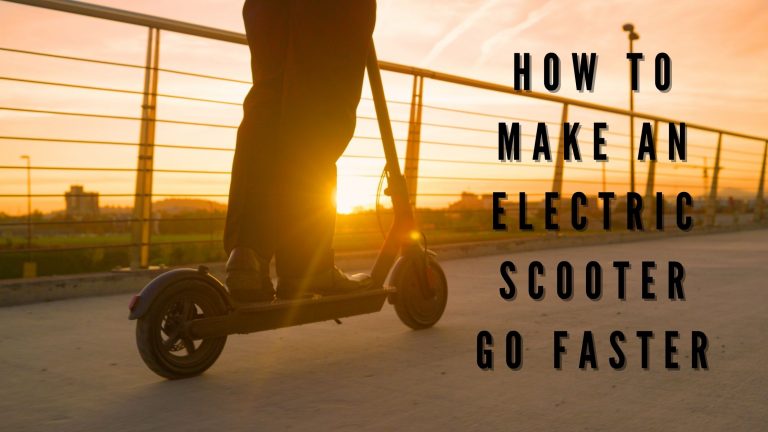 What makes electric scooters so fun and one of the most popular vehicles to roam around? Surprisingly, there’s no specific answer as some find it more economical, and for some, it’s easily accessible. However, some of us are always eager to see how fast our electric scooters can go.  But is it possible to make… 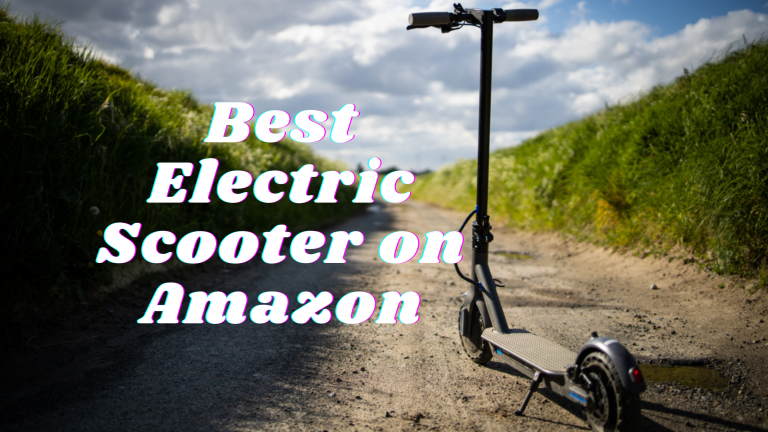 Some of the best electric scooters don’t just look rad but they offer practicality and top-notch functionality as  well. e-Scooters help you get around town in style while being comfortable and Eco-friendly at the same time. They are great means of travel, they’re lightweight, have powerful hub motors that let some travel up to 25… 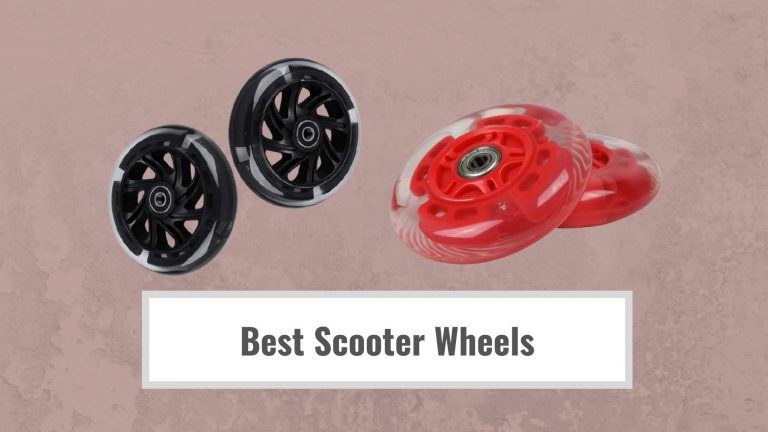 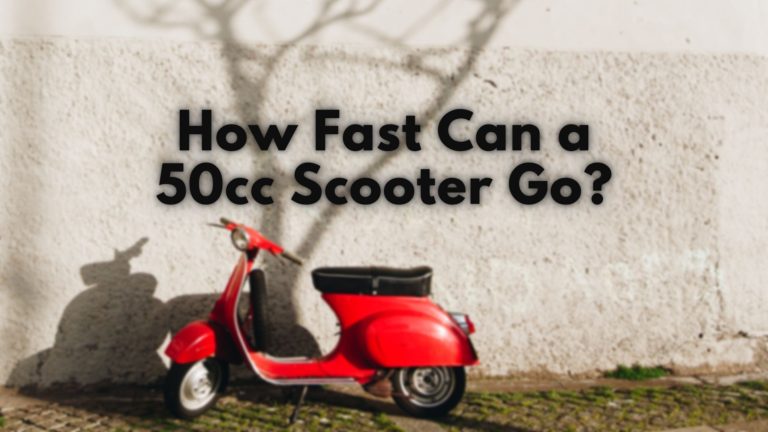 A 50cc scooter is the best choice if you’re a beginner as they are economical, convenient and you may not even require a valid license to ride one of them.  50cc scooters are not designed for everyone and if you’re looking for something with greater speed, you’d have to pick a scooter with a larger… 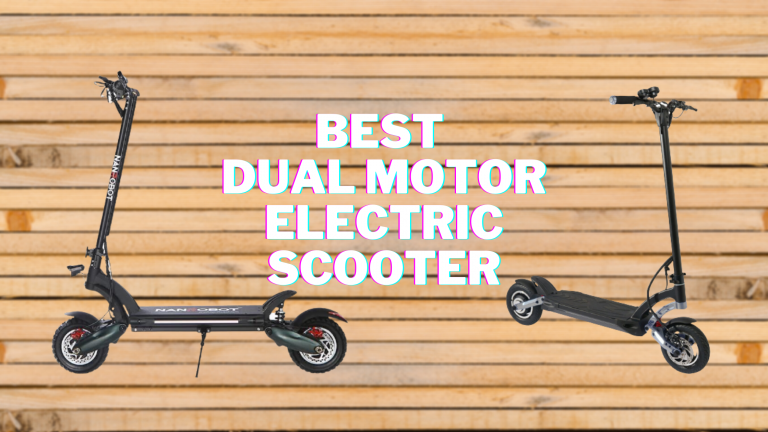 I’ve been using electric scooters for awhile now and I have to say, they are fun to ride.  They’re nifty little modes of transportation with the ability to run for hours without having to be recharged. I own the Mi Electric Scooter and on a good day i get about 18-20 miles on a single…