When you hear the word “Hoverboard”, do you get nostalgic and think about the one used in the “Back to the Future” movie franchise? Though the hoverboard depicted in the movies can levitate, we haven’t been able to witness it in real life just yet.

They are loads of fun to use and are pretty great for commuting as well. But what makes them move? How are they able to move autonomously?

Read on to find out how hoverboards work as I take you through the main contents and their functions.

How Does A Hoverboard Work?

Hoverboards are self-balancing scooters that use wheels to get around and can’t actually hover. They’re considered hoverboards because of their sensors that help them maintain balance. These sensors read the user’s body movements and accordingly move in the appropriate direction.

Now, I know that most of you won’t be happy with the hoverboards of today, but fear not. Levitating hoverboards are not far off and they would use the force of magnetism to hover over the ground and get you places.

The Main Components of a Hoverboard

To understand how the hoverboard of today works, let’s take a look at its main components:

Let’s take a look at how each of these components work.

Similar to all electronic devices, the hoverboard has a logic board (motherboard) that acts as the brain of the device. It receives information from the sensors and gyroscopes and relays commands to the other working parts of the hoverboard such as the battery and motor to drive the wheels.

For example, there are some hoverboards that come with different riding modes. These modes are controlled by the logic board.

In simple terms, the logic board connects all the components of the hoverboard together to form a single unit. Without the logic board you’d have a pointless piece of tech with no apparent use for it.

Two Gyroscopes (situated in the wheels)

The gyroscopes in a hoverboard are what help them “self-balance”. They are normally situated right next to the wheel and use the speed and tilt information generated by their respective sensors to maintain balance with the help of the logic board.

You can find a gyroscope in many devices today such as your smartphone, cameras, drones and so on. These chip-sets can be calibrated when they act up or if they seem out of sync and that’s what makes them user friendly.

Hoverboards normally would face issues after a point in time with their gyroscopes, all you’d have to do is basically re-calibrate the gyroscopes to zero to fix the issue.

Hoverboards are equipped with two motors, one in each wheel. This is done so that each wheel can move independently from the other at different speeds. If there was only a single motor in the hoverboard, you would not be able to turn and only travel in one direction, talk about a boring ride.

Anyway, these wheels are geared and come with tilt and speed sensors that track your bodily movements and send instructions to the gyroscopes and logic board to either increase speed, turn, slow down or stop.

They might look like plain old wheels, but underneath all that rubber there are quite a few technological things happening out of sight.

The battery pack is what keeps the hoverboard going, it powers the motors and helps run the logic board which enables you to move around. There are different battery packs available out there but most hoverboards come equipped with 36V 4400mAh battery packs.

It’s good to note that if the hoverboard costs relatively less than others in the market, it’s probably using a smaller capacity battery pack. So make sure to check the wattage and capacity of the battery pack before buying a hoverboard.

The Technology That Runs Your Hoverboard

Hoverboards don’t run with the help of an application on your smartphone or by using a remote. Everything that you need to control your hoverboard is situated beneath your feet.

Underneath the foot-pads, you would find a total of 4 switches two on either side. It’s these switches that control how you move around on the hoverboard and which direction to follow.

So if you’re looking to turn around or follow a certain direction, you can try either of the following.

This will make you turn left, in order to turn right use the left forward switch and the right rear switch in unison.

So basically, hoverboards work by following this pattern.

It takes a little getting used to but riding a hoverboard is fun and can really bring a smile to your face.

So there you have it, hoverboards are quite similar to skateboards or scooters but rely on your body weight to move around. In short, they work by using your center of gravity along with the gyroscope, motor and logic board to propel you forward, backward, left or right.

How Do I Work My Hoverboard?

Hoverboards may not seem like everyone’s cup of tea as there’s no support when you’re on it. It will take a bit of falling down before you can actually get the hang of riding one. So, if you’re disheartened, don’t worry because I’ll guide you step by step on how to ride a hoverboard without falling down.

Stand straight and stay still until you’re certain you are ready to begin.

Tip: Most hoverboards come with a Beginners Mode. If you’re skeptical and would love to learn then start with one that has this mode available and start from scratch.

Another thing to remember is that while stopping a hoverboard things may get tricky and you’ll fall down.

Here’s how you can safely dismount your hoverboard:

Stepping off forward can result in the hoverboard shoot out from under your feet. It’s safer to step off backward.

Hoverboards are compact, don’t cost too much and are fun to use, if it was not for the advancement in technology we’d still be using skateboards today. So, now that you know how hoverboards work, why don’t you head on out there and give one a go.

Trust me, you won’t regret it 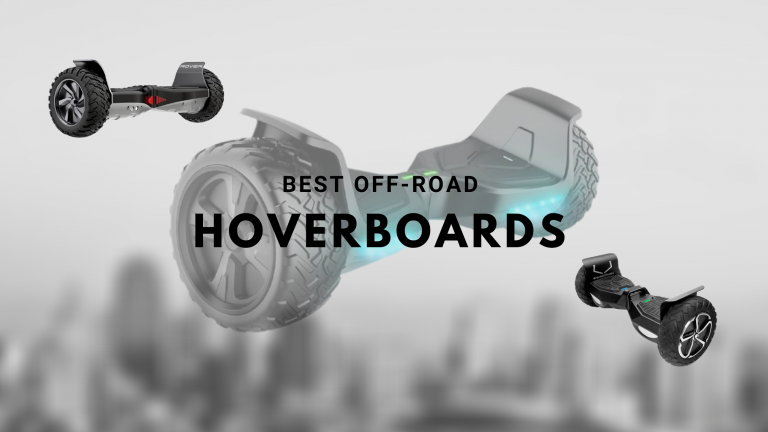 Hoverboards are one of my favorite ways to move around. They are quick, nimble, and extremely fun. They make getting around a joy, compared to the experience from a bus or car stuck in traffic. Daily commute or not, you can use hover-boards for fun and enjoy them on your weekends to wind down.  As…