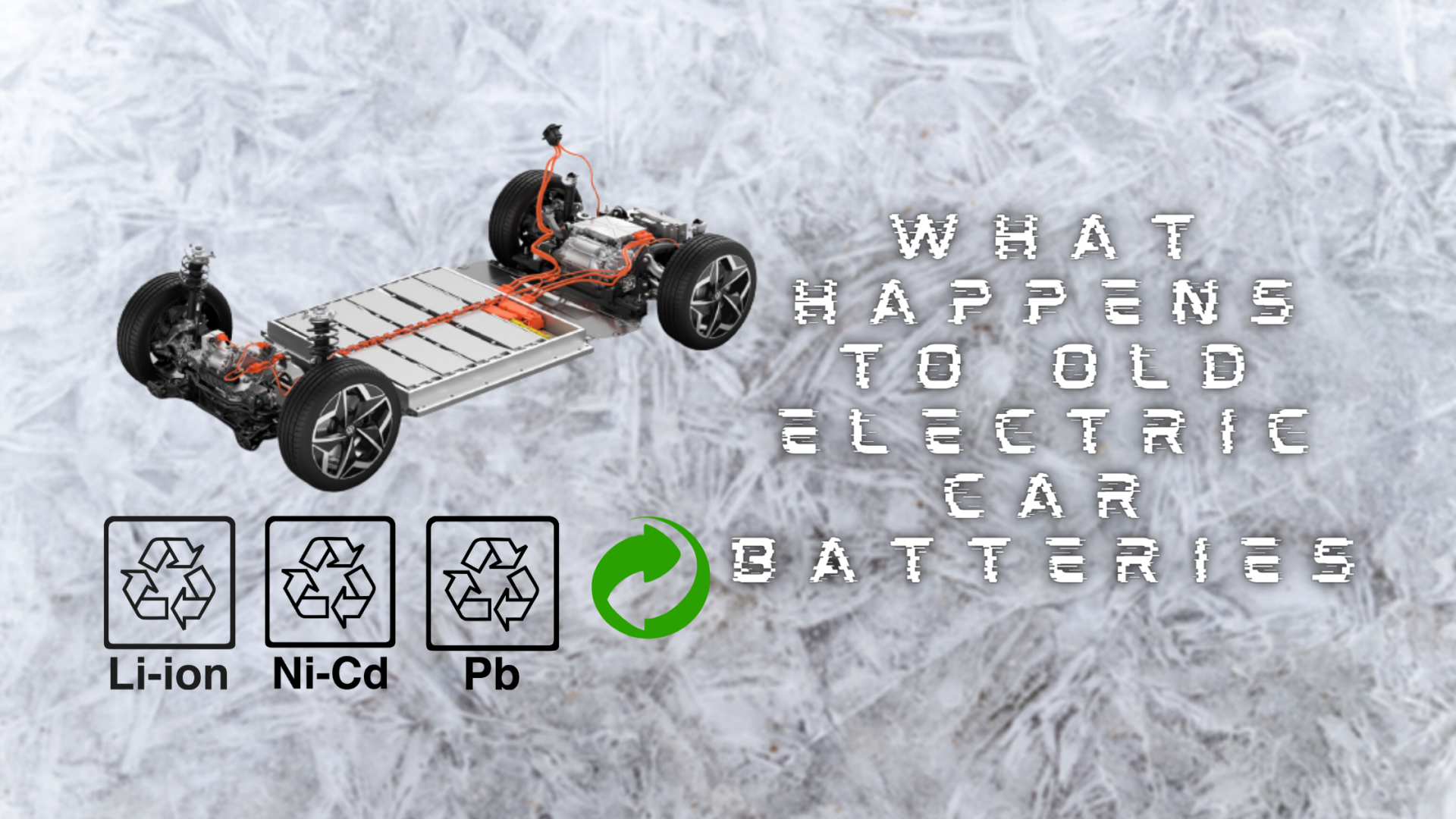 We are all aware about what a battery does for us on a daily basis but have you ever wondered what happens to old electric car batteries? Do they get recycled or reused?

Electric car batteries are some of the most complex types of batteries and are quite hard to break-down. These batteries require special care and the dismantling process can only be carried out by trained professionals.

It’s these batteries which are the main cause of green-house gasses and disposing of them in the right way is something that has to be followed no matter which country you’re from.

Let’s take a quick look at what happens to electric car batteries when they’re deemed unfit for use.

Batteries are like the engines of an electric car. They are the primary source of energy to electric cars.

They don’t produce energy, instead, they store it in their batteries to power the motors. Therefore, a lot of research and development of an electric vehicle is focused on battery technology.

In this article, I will be going through everything about electric car batteries. Staring from the technology to the end of their life cycles.

In Cars, the two most popular battery technologies are:

Lithium-ion batteries are used in almost all portable consumer electronics like laptops and phones because of their high energy density. They can store higher capacities per unit mass compared to other battery technologies. Other advantages include high energy efficiency, good high-temperature performance and low self-discharge. These qualities make them the best fit for portable electronics and electric vehicles. Lithium-ion batteries help vehicle manufacturers save on space because of their high energy density.

Lithium-ion batteries are also safer than most battery technologies. But they can be harmful or cause explosions or fires when put under a lot of pressure, but they are safer than other technologies. This combined with manufacturers pushing for safety first helps to protect customers.

Lithium-ion batteries are costlier than other battery technologies. But with most Electric vehicles and Hybrid vehicles sporting them, they are constantly researched upon. They are the best-fit for electric vehicles. Research and development are focused on reducing their high cost, life cycle, capacity and better safety measures. They will be the primary technology for batteries in electric cars and so I will be focusing more on them below.

These are some of the commonly found batteries in vehicles but certain disadvantages make them not suitable for current EV technology. They are found in gasoline cars and older electric cars. Lead-acid batteries are designed to have high power, cheap, and safe. But they fall short because of low specific energy and poor cold-temperature performance. They also have a short life cycle and this calls for frequent replacing. Advanced versions of these batteries are being developed to be used in vehicles but only to provide support power. Lead-acid batteries are not so popular in the electric vehicle segment anymore so I won’t be focusing on this technology anymore.

What’s the Impact of Electric Car Batteries on the Environment?

Batteries like any commodity have their own carbon footprint and cause their own fair share of troubles for the environment.

Large car manufacturers are already creative in the repurposing of lithium-ion batteries and have plans for them.

The Life of Electric Car Batteries

Rechargeable batteries undergo cycles of discharge and charge, and this is true for electric vehicles too. Batteries in electric cars discharge when they run and charge when they are plugged in. This process affects the amount of charge that can be held by a battery. And this leads to a reduction of range and time taken to charge.

What happens when they are fully dead like when these batteries can’t hold a charge anymore? Instead of reusing, these batteries are either disposed or sent for recycling. Batteries use chemicals that are toxic and hazardous to the environment and all kinds of lifeforms. So this requires them to be disposed of safely.

If batteries are not disposed of properly, they can cause extreme cases of air and water pollution. They are extremely hazardous and poisonous to life forms. The chemicals can cause widespread damage if not disposed of carefully.

All battery technologies are harmful and toxic if not disposed of safely, including the ones in electric cars. But manufacturers are working towards battery life cycle management to solve the expensive and toxic disposal of batteries. These include reuse of batteries and recycling them.

The lithium-ion batteries found in Electric cars are versatile and give many years of use. So, once they are removed (retired) from cars because they are not as efficient, they are deemed to be dead. They still have life left in them; they just lose their ability to provide a decent driving experience.

Volkswagen is leading the charge as it announced a plant for battery recycling that target to recycle 97% of the battery components. The batteries are shredded, dried and sieved to recover as much material as possible. These materials will help in the manufacturing of batteries.

Electric cars are here to stay and so are their batteries. The only change I can see in the future is them getting better.

Batteries will always be harmful, and there will always be a negative impact on the environment. All we can do is to reduce this impact by innovating in these technologies. Manufacturers are working towards them.

With better technology, they will be cheaper, more efficient and have longer life cycles. With innovative reuse and recycling programs, the environmental impact of batteries will reduce.

The future looks good for electric vehicle batteries and the industry is moving in the right direction.