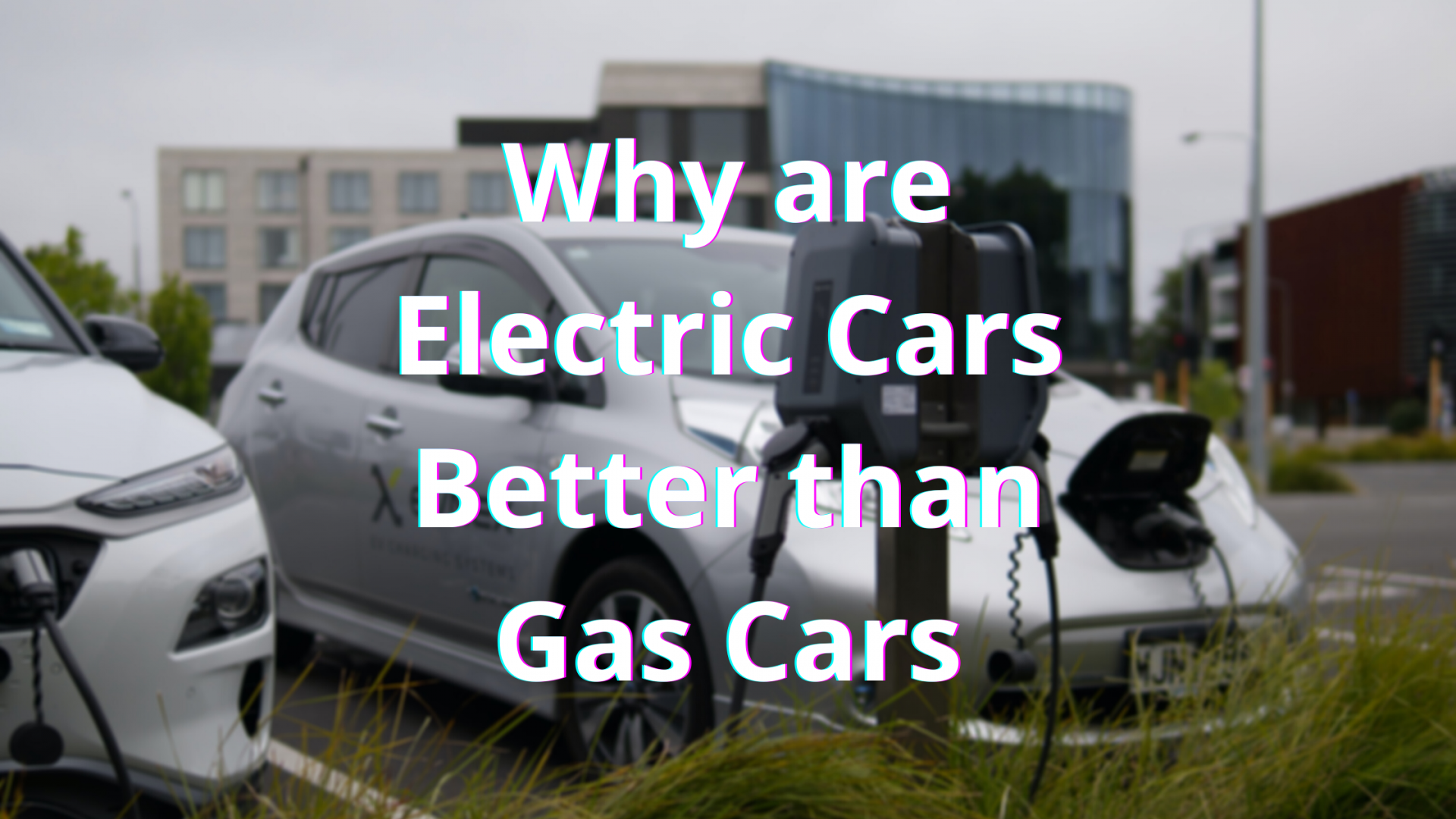 Wondering if you should buy an electric car? It’s a nice place to be because you are considering options. This means you are going to learn if electric cars are good enough to sway you away from gasoline cars.

Electric cars undoubtedly the future but you may have concerns and doubts on if you should go electric. Automobile manufacturers are moving to fully electric cars in the near future.

With better technology, batteries, range, performance and benefits, electric cars seem to be the way to go. I will take you through all the advantages of an electric car so read on and decide for yourself if electric cars are better for you or not.

These are the main reasons why Electric Cars are better than Gas cars:

We have gone over electric cars in detail from the manufacturing process right till their very ends and no matter what anyone says, Electric cars are way better than gasoline cars on the long run and are cheaper to maintain though there is a significant amount you have to invest in order to buy an electric car.

They are not cheap but they are the future.

Let us take a look at why electric cars are better than gasoline powered cars.

Electric cars do cost a bit more but they make up for it when running and in other areas. They are comparatively very cheap to run. And this will only get better as battery and production costs reduce in the future.

This makes electric cars a cheaper alternative compared to their competition.

Electric Cars are Better for the Environment

This is probably the main reason why electric cars exist, their environmental impact. They have zero impact on the environment as they are zero-emission vehicles. They do cause damage to the environment when they are manufactured but this is getting lower with better production and research.

If there’s any reason you should choose an electric car over a gasoline car, it should be this, because you are helping in saving the environment. You are helping the future of mankind and all of the earth. Since no fuel is burnt, there is no air pollution or greenhouse gases emitted, and this helps in combating global warming and climate change.

You can charge your vehicle at home or at the office, with the latter growing in popularity. This reduces cost and is convenient as you don’t have to stop and waste time anywhere you don’t have to.

If you are scared that your electric vehicle might stop running on the way to someplace, don’t fret cause public charging stations are available.

As Safe or Safer than Gasoline Cars

People think electric cars are more dangerous than conventional cars but they are not, this is a myth.

They are as safe as a conventional car when it comes to dealing with crashes or accidents. For example, the Tesla Model X has a perfect crash rating from NHSTA, making it one of the safest cars you can drive.

There is a fear that electric cars may catch fire, but this is not the case. In fact, even here electric cars trump gasoline cars.

This is a benefit I have already mentioned, electric cars are cheap to maintain. And they cost less over their lifetime compared to gasoline cars.

Manufacturers offer 8-10 year or 100k mile warranties on battery, whichever comes earlier. It is also expected that batteries can perform for 15 years, so you don’t have to worry about them in any way. Manufacturers also offer 3 years or 36000 miles of free services in a bid to pull customers to electric cars.

Quality of life improvements is a huge plus for electric cars. Apart from reducing frequent visits to the gas station, they run almost silent. This helps both you inside the car and the people outside.

We all love the comfort of our homes, and one of the reasons is homes are a silent place and this makes them peaceful. Electric cars can mimic your home in terms of quietness.

This will help reduce your stress and for people, on the road, because noise pollution is a nuisance.

This is another quality-of-life improvement, electric cars have high torque. The High Torque makes them extremely quick and they accelerate faster than gasoline cars. Gasoline cars lose time and energy as they have to pass energy through the transmission. Electric cars power their motors directly and this makes them quick from the get-go.

Apart from being quick, electric cars are extremely smooth and consistent to drive in. This is because the energy required to power the car is provided in a controlled and efficient way.

Some might still find the sound and feel of a gasoline car fun, but fun always doesn’t mean convenient. Gasoline cars feel clunky and clumsy when compared to electric cars and many people agree on it. Electric cars that are produced for racing are extremely fun to drive, and this you can ask Richard Branson, as he sponsors the Formula-E championship.

Overall, they are smooth, quick, powerful and fun to ride.

Electric cars have come a long way since their introduction and the fear of short-range on a single charge can be put to sleep.

With better battery technology and capacities, electric cars run for longer on a single charge than before.

Chevrolet Bolt, one of the first mass-produced electric car, has a range of more than 200 miles. This will keep you covered for over a week and more without even needing to charge.

And do you know how convenient it is to charge electric cars? Just plug them at your home and you will be ready to go. This is possible due to advancements in battery technology, regenerative braking and electric motors.

Future electric cars will only get better in terms of the range of the vehicle on a single charge.

Tax Credits and Other Benefits

Electric cars owners are titled to receive tax credits from the government. This is to encourage buying of electric cars, it’s just an added incentive in the long list of advantages for an electric car. Owners can earn $7,500 in tax credit and maybe more depending on the state benefits.

Purchasing and installing electric charging stations for home or business can give you up to 30% back in tax savings. This makes the overall deal of moving to electric cars sweeter. Electric car owners also get free public charging at many stations across the country.

Rebates and special rates on your Electric utility will help you charge your electric car free of cost. This is because 80% of electric car charging takes place at home. Thus, the State and federal government are supporting the rise of electric car technology. They offer programs to make the shift a faster and more convenient one for the consumer.

With all the benefits and advantages of choosing an electric car, I would be surprised at why anyone would choose a gasoline car unless it is significantly cheaper.

Electric cars are only going to get cheaper, better and they are the future. Buying a new gasoline car makes little to no sense unless there is no electric car in the price bracket or performance.

With the shift to electric cars heavily supported by the government, one can easily know that it is the future. And with all the advantages, there has never been a better time to buy an electric car over any other car technologies.

Why are Electric Cars Better than Gas Cars?
0 comment