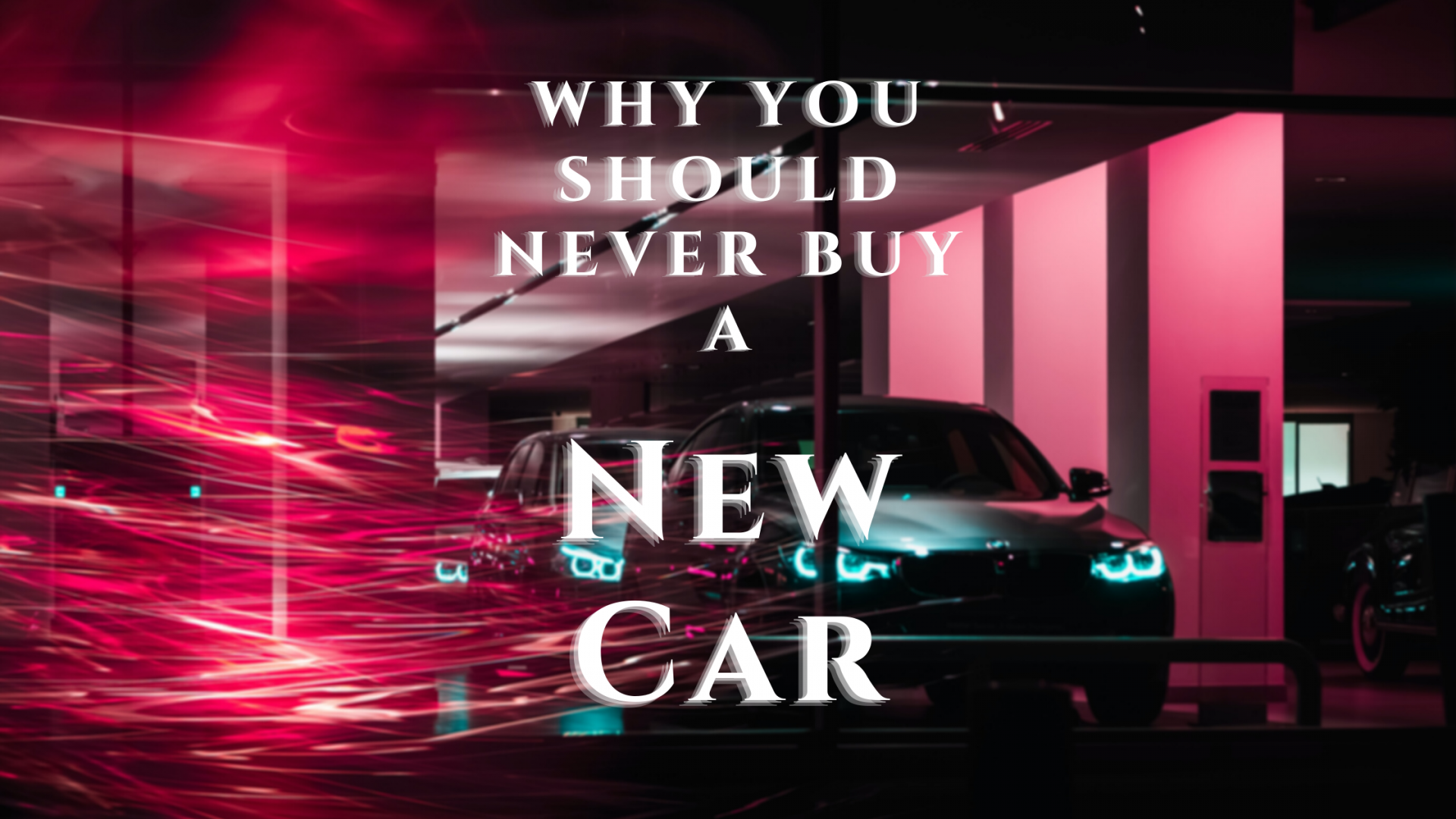 Over the last few months, I have been looking to buy a sparingly used car to get me from A to B with no hassle. Being a motorcycle enthusiast, normally I would not have the desire to buy a car but with the sudden shifts in weather patterns, I decided that maybe it was high time I did.

During my search I happened to come across a few ads for some of the latest cars in the market and what caught my eye was the financing promotion on all of them from different agencies and banks. This made me realize that it’s safer and much cheaper to buy a used car for half the price sans the latest features and be happy with it.

Let me take you through the reasons why you should never buy a new car and why opting for a used car is the green way to go.

Why You Should Never Buy A New Car

Buying a brand new car should not be on your agenda, neither now or anytime in the future. Though it does have it’s own advantages and disadvantages, making a wise choice can save you some money on the long run.

Let’s go over the major reasons why investing in a new car is a bad idea.

Buying a New Car Costs More on The Long Run

People have been talking about how buying a new car makes financial sense, but this is truly not the case. Buying a new car is not always about that initial payment you make at the dealership before picking the car up. No, it actually includes a lot more such as dealership fees and regular maintenance.

Getting a new car depends on your ability to pay for it. Without the right financial backing and planning, a new car can lead to numerous financial problems in the long run, that’s if you’re not earning a 6 figure salary.

For Example: A brand new Toyota Highlander 4WD costs $34,810 for the 17.9 gallon model, a used Highlander that is slightly older but in pristine condition is available for $9,999, nearly 3.4 times cheaper than the latest model.

While opting for the used car, you won’t have to pay more to have it registered or buy a longer insurance premium. The only factor to consider here on out is maintenance and renewal of the insurance on a regular basis.

A car’s value depreciates as soon as it’s driven away from the dealership, sedans and high-end electric cars lose their value at a faster rate when compared to SUVs and pick-up trucks. The value of a car depreciates over time and the older it gets, the more value is lost.

To calculate the average depreciation of your new car, you’d have to keep the following in mind.

This has proven that buying a new car is not always a wise choice in today’s world.

Since we’re talking about the Toyota Highlander let’s see what it all comes up to.

Now compare that to the Sales tax and registration fee for a used Highlander form the year 2009.

These numbers are significantly different from each other simply because the overall value for the car has dropped from the time of purchase.

You can expect higher insurance premiums while buying a new car as compared to an older used car. The rates will depend on the kind of insurance provider you pick along with the state the car is registered in, the age and price of the car.

New Cars Can Lead to Thefts

Though not all cars get broken into, it’s safer to have an older used car as they are not what thieves normally break into. This can depend on the condition of your car as well.

There is a list of cars models that are frequently stolen the most and the numbers are shocking. Reading this piece has made me skeptical about buying a new car.

The newer the model, the more features and updated parts are included, this is a beacon for thieves to break into or even steal the whole car.

It Is A Constant Expense Rather Than An Investment

Without realizing you would end up paying a lot more over the course of a couple of years with a new car than you would if you had to choose a used car.

This happens in the form of a domino effect;

Buying A New Car Can Have Adverse Effects On The Environment

Yes, you read that right. New cars do in fact have adverse effects on the environment and this is mainly because of the number of cars on the roads already. Adding another one no matter how “Green” it may be does not help much in reducing the carbon footprint we leave behind on a daily basis.

If everybody decides to buy either only used cars or electric vehicles then we may be able to reduce some of the damage done. New cars will only increase traffic jams, crowded parking lots, and an increase in pollution levels.

There are many factors to take into consideration before purchasing a new or used car. In general, cars in the broad sense (from manufacturing plants to drivers on the road) are one of the primary causes for our current levels of air pollution and greenhouse gases in the atmosphere. Fuel demand greatly increases when there are more cars on the road.

All-in-All owning a car is not the smartest thing to do.

Each has its own pros and cons making it best not to get into this topic and stick to something more ideal for our current situation, a good eBike or a new electric car.

I’m not telling you not to go ahead and buy a new car, that is solely up to you and if you’re able to handle the commitment. It just makes more sense to either buy a used car or ultimately choose another form of transportation if you plan on saving some money.

With the rate at which cars are being pushed off the production line our world will soon be overrun by cars.

I hope I have been able to convince you on why you should never buy a new car because according to me it’s simply the most ridiculous thing anyone can do.

why you should never buy a new car
0 comment

Hybrid vs Electric cars – What is the Environmental Impact? 2021